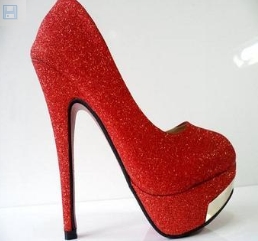 Spanish footwear has always been a pillar industry in this country. The Spanish country adjusts its market strategy in a timely manner to respond to competition in order to cope with the huge impact and impact of the footwear industry in Asia, Eastern Europe and Latin America. In the first quarter of 2013, Spanish footwear export revenue increased compared to the same period of last year.

In spite of this, Spain, like most other European countries, has been greatly impacted and influenced by footwear from Asia, Eastern Europe and Latin America. The footwear industry in Spain is in a difficult situation. Many small and medium-sized shoe companies have closed down and a large number of shoe-making workers have become unemployed. This has also prompted Spanish shoe companies to adjust their market strategies in time to respond to competition. The transformation of the Spanish footwear industry does not seem to happen in a flash, they re-understanding the advantages of manufacturing in China and Asia.

Many years ago, the Spanish Footwear Federation FICE had already felt that the future changes in the international shoe market would have a major impact on Spain. These changes include a significant economic slowdown in the traditional European market and so on. In response to this, they proposed the following solutions: change resources to dominate the market; treat product value as a key point, not just a certain part of the design; make products more internationalized; strengthen the brand image and market Marketing, speeding up the delivery speed; constantly adopting new technologies.

Now, some of Spainâ€™s leading companies have quickly adopted these programs and created some business models worthy of peers. Although Zara, a Spanish shoe-making company, originated from the textile industry, its model of creation was regarded as an example by other European companies. Some smaller companies are trying their best to emulate Zara's approach in order to be invincible in the fierce market competition.

In the first quarter of 2013, Spanish footwear export revenue increased compared to the same period of last year, but the number of exports has decreased significantly. In the first three months, Spain exported a total of 38.5 million pairs of shoes, with an export value of 672 million euros, which was a decrease of 6.6% and an increase of 4.9%.

Shoe exporters explained that due to the increase in the number of Spanish shoes imported from France, Germany, Japan, China, the United States, and Canada, it made up for the reduction in imports from Italy and Portugal. During the same period, Spanish retailers and wholesalers imported 112 million pairs of shoes, a year-on-year increase of 9%, but imports decreased to 583.5 million euros, a decrease of 1.8%.

Double face wool fabrics is fabric where either side can be used, these fabrics only have one layer of fabric and cannot be separated.

These fabrics can easily be used for reversible garments including dresses or skirts.

Double-Faced Wool Fabric offers our customers so many design options and possibilities because it has two sides of fabric to process .