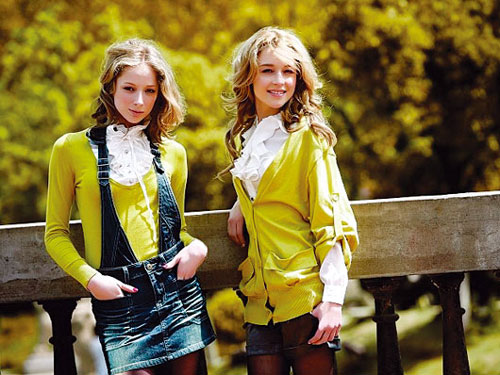 After the peacock flew southeast to China for several years, Adidas's factories, which migrated like migratory birds, finally said goodbye to China.

In 2012, Adidas announced that it will close its sole China-based factory in Suzhou, China. Its written reason is "Strategic considerations for the reintegration of global resources."

However, the industry analysis, Adidas this move may be to reduce production costs. As the wage level of Chinese workers continues to increase, Adidas prefers to travel to Southeast Asia to find cheaper labor.

However, compared with their peers, Adidas has been slow-moving, its rival Nike, as early as in 2009 closed its only shoe factory in Taicang, Jiangsu, and clarks, k-swiss, bakers and other international shoe giants have long One after another added production lines in Vietnam and Indonesia.

Recently, the Vietnam State News Agency stated that Nikeâ€™s production of sports shoes in Vietnam has exceeded the scale of production in China and has become the worldâ€™s largest producer of Nike shoes. "At present, Vietnam's textile and apparel, footwear and leather bags companies have received new export orders and the number is increasing. Their orders have shifted from China to Vietnam."

In recent days, more and more large-scale garment manufacturers in Japan have also accelerated their shift of production focus from China to Southeast Asia.

The Sanyo Chamber of Commerce in Japan plans to start production of women's brand down apparel for two department stores in Myanmar from mid-August. Future production of men's trousers will also be transferred to Myanmar; Japanâ€™s Tsi Holdings Ltd. also plans to Currently only about 10% of Southeast Asian production has increased to about 30%.

Mr. Samura Moriyama, director of ITOCHU Corporation, stated that with the economic development in China, the increase in labor costs is inevitable. Many Japanese companies are also seeking low-cost advantages in order to transfer orders or production to Southeast Asia.

The United Nations Trade and Development Organization recently released a report saying that foreign direct investment (FDI) into Southeast Asia in 2011 was US$117 billion, an increase of 26%, far more than the 8% increase in China over the same period.

Returning to the local and surrounding international brands in the transfer of production capacity to Southeast Asian countries, many fashion brands are also exploring suitable suppliers around the local area, many countries around Western Europe are becoming a new fashion manufacturing center.

The cost of procurement from China is on the rise, but it is still relatively low. Therefore, it is not entirely out of cost considerations for the fashion brands to decide to change to â€œmade in Moroccoâ€ or â€œmade in Moldovaâ€.

The rapidly changing consumer behavior is the main driving force for demand in the fashion industry. Industry companies need to be flexible to survive in the fierce competition. In just a few weeks, zara can launch a fashion similar to a catwalk in the store. Currently 60% of its products are produced in or around Europe.

Italian lingerie brand la perla designer Bianchi said: "The cost of producing clothing in Turkey and Mexico is certainly higher than that of China, but taking into account China's pay rise, the cost is not much higher, and Turkey and * **It's much closer to Italy, more convenient for us, and better able to put a good quality."

At the end of last year, the brand had moved its Volkswagen brand studio la perla production line from China to Turkey and Mexico, and moved pajamas from China to Portugal.

In addition, conditions imposed by Chinese factories are more stringent, which also makes fashion companies have to think twice when considering whether to cooperate with China.

French fashion brands Barbara Bui and Iger have also recently moved some of their production operations closer to home.

These brands stated that Chinese manufacturers are constantly putting pressure on the scale of their orders, which may lead to a backlog of goods, which has to be discounted, which in turn damages the brand image.

In addition, the continuous expansion of the domestic market demand in China and the shortage of labor force have also made Chinese companies unwilling to sign long-term contracts with small and medium clothing brands in Europe.

U.S. President Barack Obama said shortly after taking office that in the future the United States can win by rebuilding its capabilities in the manufacturing industry. According to relevant statistics, the employment rate in US garment manufacturing has recently increased.

New York local designer Jordi Deng also agreed that American clothing locally made this practice. She is committed to creating more job opportunities for the local garment manufacturing industry through these apparel manufacturing companies and launching products into the New York market.

In September 2012, Jorry Deng moved her company to the same building in the New York Garment District as her design and production office. She said, â€œThe closer the workers, factories, and suppliers are, the more profitable they can be.â€

A joint venture between the U.S. Public Space Design Organization and the U.S. Fashion Design Committee is also providing local governments with some suggestions to help rebuild the apparel manufacturing industry.

China has become an "importing country"

In the factory in Arsen, Bangladesh, hundreds of workers are busy making sweaters for overseas customers. The sweaters in the Arsen factory were not shipped to the United States and Europe but were exported to China.

Despite the decrease in orders from the United States and Europe, orders from mainland China are increasing, which makes Alsen happy.

He said: â€œA few years ago, only 5% of the clothes in my factory were exported to the Chinese market. Today, the export volume to China has increased to 20%.â€

He hopes that exports to China will continue to grow in the coming years.

China is a big producer and exporter of clothing. Therefore, it is somewhat strange for Chinese clothing brands to turn their attention to manufacturing clothes in Bangladesh. In fact, the reason for this shift is very obvious.

Rosa Dada from China's Four Seasons Fashion Company believes that because of the increase in the wages of Chinese workers and the rising cost of manufacturing, Chinese factories are no longer competitive.

Lower labor costs and zero-tariff access in Southeast Asian countries may lead to rapid growth of orders from China in the coming years. In 2012, Bangladeshâ€™s garment trade to China jumped to more than 100 million U.S. dollars, compared with only 19 million U.S. dollars a few years ago.

Nantong Xingao was one of the earliest domestic companies to set up a garment factory in Bangladesh. Tang Quan, chairman of the company, introduced that in 2009, as the domestic labor cost continued to increase, Tang Qun tried to invest 23 million U.S. dollars in Bangladesh to establish a wholly-owned company. The factory mainly produces t-shirts, shirts and other clothing.

â€œThe shirt can be used for 18 dollars for a dozen (12 pieces). The factory in Bangladesh can also make money. For a domestic factory, it definitely loses money.â€ Tang Qun told reporters that Bangladeshâ€™s labor costs are very low, and the monthly salary is only 70 to 100 US dollars. It is almost one-fifth of domestic clothing workers.

The China Zhenzhou (Cambodia) company just opened a third garment factory in Cambodia. The manager of the company, Zheng Shengzhong, told reporters that "in fact, they were forced to move here because of the increase in labor prices. When our old customers handed over their orders to us, they asked us to build factories in Cambodia and reduce their purchasing costs."

"I understand very well who doesn't want to get the goods at a lower price?" He said that the EU announced in January 2011 that it would start the new GSP system and that Cambodia's garments could be exported duty-free to the European market.

From the time the Luwang built a plant in Madagascar to the establishment of the Red Bean in Sihanoukville Industrial Park in Cambodia, to where the passengers decided to put some products into production in Southeast Asian countries, the pace of the outward shift of domestic textile and garment companies has never stopped.

Obviously, the redistribution of global manufacturing has begun. Although it is still only the initial stage, more and more examples are clearly showing that Chinese garment manufacturers are walking at the crossroads of fate and the competition that â€œMade in Chinaâ€ faces in the future. It will be more intense.