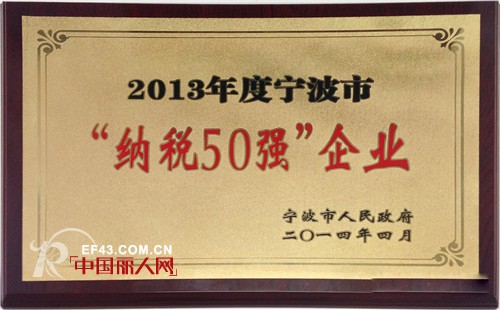 Yong forefront, another success. In 2013, faced with the intricate economic situation both at home and abroad, and severely affected by frequent natural disasters, especially floods and disasters, the enterprises in the whole city are determined to start their own businesses and innovate to speed up the transformation and development, making a positive contribution to the sustained and steady economic development of the city.

Finalists 2013 "Top 50 taxpayers," the list of companies fierce competition. Of the 50 companies listed in the previous year, 9 were eliminated. Of the 9 new entrants to the list, 5 were for the first time. Pacific Bird Group Co., Ltd. was nominated for "Top 50 Taxpayers" for three consecutive years and ranked 36th in this year. 2013 "Top 50 taxpayers," 29 industrial enterprises and 13 service enterprises. At the same time announced in 2013 in Ningbo City, the service industry, "Top 20 Taxpayers," Pacific Internet Group ranked tenth. 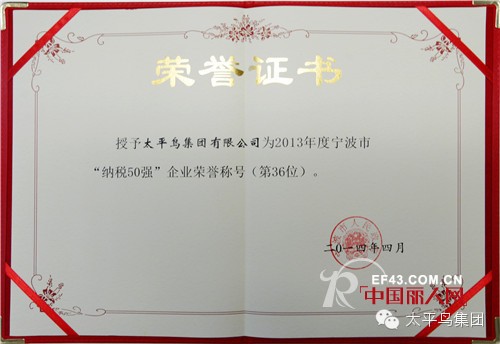