Aquatic agate is a weed agate in agate, an agate mixed with green or its color inclusions. For example, mosses call moss agate, such as water plants called water grass agate, such as feathers called feather agate. 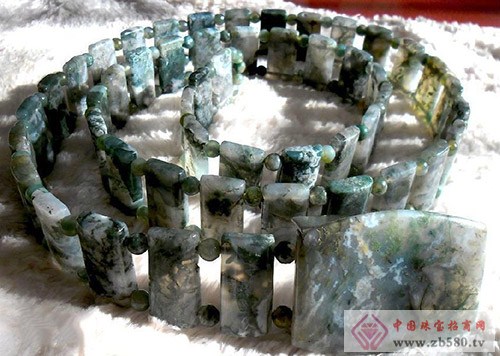 Agate is a cryptocrystalline silica (SiO2) with a Mohs hardness of 7 degrees, translucent, and glass luster. Agate is a colloidal solution of silica that forms in the voids of the rock after it loses moisture. Because the formation process is very slow, it is layered one layer from the outside and the color of each layer is different due to the trace elements contained. Different, so cut open to see the band of various primary colors.